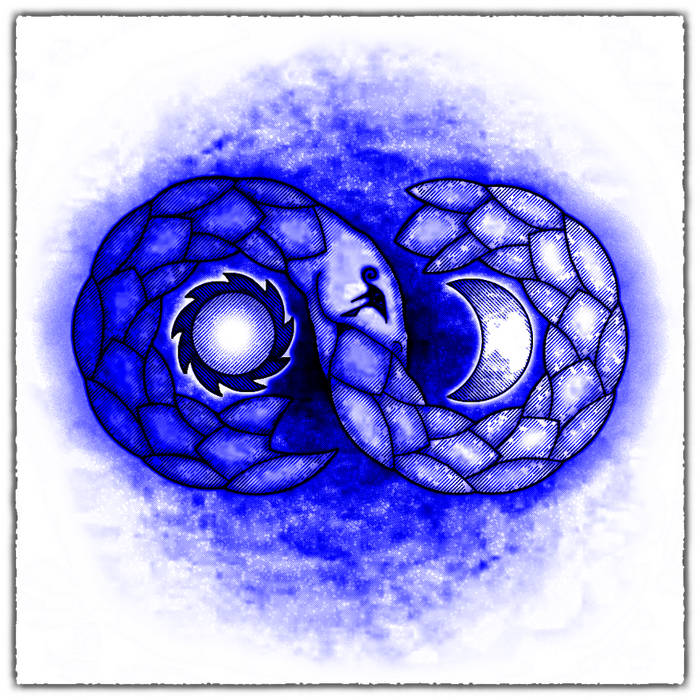 I'm no fan of lyrics... and an anti-fan of choruses. But using a voice as an instrument? Love it! Maynard (TOOL, A Perfect Circle, Puscifer) may have perfected this style. His vocal delivery can make the most obscene lyrics sound sweet to the ear. I knew going into this album that I'd need at least one track with actual lyrics. As the Air element, it requires voice and song. When explicit, the extractable lyrics in "Non-finite" concisely convey the message: "There are limits, but we can never reach them." When implicit, the rhythm of the voice carries as an instrument played as part of the song.

This is easily my most "organic" track to-date.

The art for "Non-finite" bears the Mark of the Magi. It is the same symbol that was inked onto my left bicep by Moose on the day that Merlynne had her spider inked onto her ankle... on the day that my brother Loki had inked (in Swedish runes down his arm): "My soul is carved into the stone. Heaven preserve the stone." We would part ways only a week later as I set out on the road as a hitchhiker.

I knew little about this symbol when I drew it for Moose. It's taught me a lot over the years. The Moon and Sun are separated (yet united in balance) by the Infinite Serpent of the Void. Should the Serpent pause for even a moment, the balance would be perfected and the elements would cancel each other out. Unity, Duality, the Trinity and the Five Elements are all enveloped by this single symbol. It unites the three kingdoms of the ancients and is an immediate reminder of those magi that came before. In their wake, they left a legacy cast into the Infinite Void itself.

"The sky is the limit"