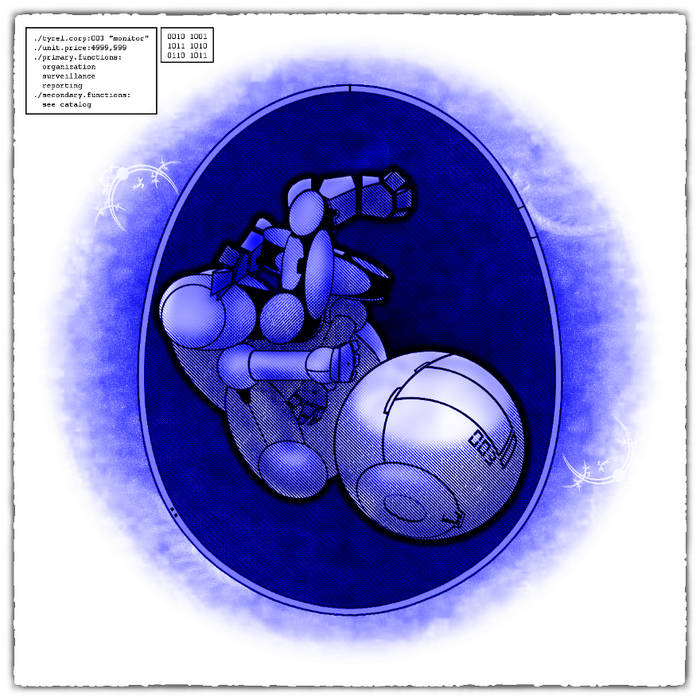 To Terra, daughter of Sol, were born two torch-bearing children: one born of carbon, the other of silica.

The art is easily inspired by the video for "Teardrop" by Massive Attack, although with a heavy transhumanist spin on it. For more on this song's influence, read up on the IO Vapoura Album Notes. Having finished it, I'm already certain I'll be revisiting this concept in the future. With that said, however, there are some questions to cover from the "IO" storyline...

Physically, is it possible for a machine to operate at the same capacity as a human in all things requiring strength and/or precision?

Psychologically, is it possible for a machine to make the same calculations as a human in all things requiring optimal choices pertaining to a given environment?

Given a puzzle, or the rules to a game, is it possible for a machine to solve or win on par with a human?

Given adequate technology, is the construction of a neural-network modeled as an exact replica of a human brain possible; and, if so, would it feasibly operate in a similar manner?

Can a machine not gather sensory data, then catalogue this data into levels of beneficence and detriment to itself to construct a value system as a human does?

Can a machine calculate improvements in its own design--or that of another machine--and then either relay this information to another machine to build this "improved" model, or build it on its own?

Machines repair, alter and replace their own parts. They even re-code the software they use in controlling those parts to adapt to changing environments and tasks. Were this possible, how would you then recognize this machine if you'd not worked with it for more than ten years?

What if it had a name?

"Les pots fêlés sont ceux qui durent le plus."
"Cracked Pots are those that last the most."