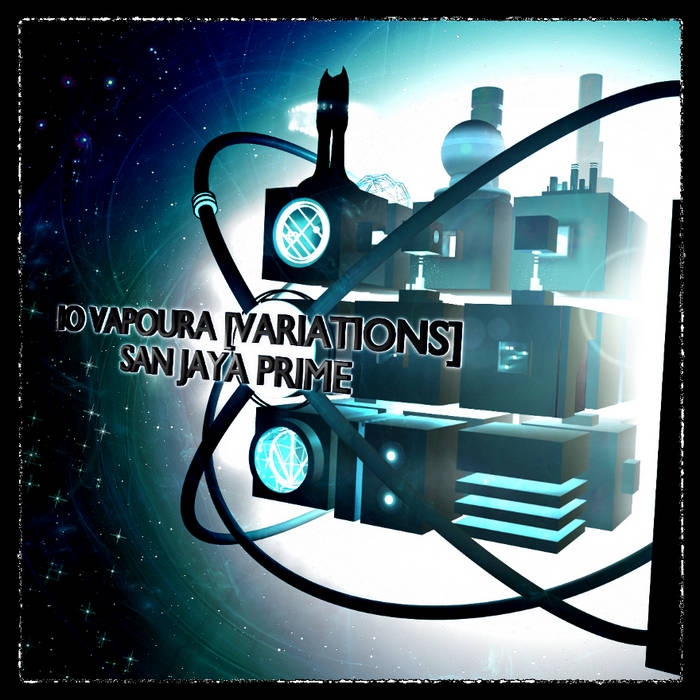 All the power in the world... more than was ever dreamed... and she takes a train. I don't fully understand Kitsune, but she's been patient enough to lead me along the way. There is no more perfect ending for this story than with her reflective journal entry.

The DJ's left the building, but a record's still skipping. The static and thudding becomes the sound of train tracks beneath the pounding passage of a locomotive. The train is the very essence of "transience" to me... in motion... in between worlds... not quite anywhere. It is just like a well mixed beat, where one song becomes another... but where they are still one song... a song given birth (if even for a few seconds) by the merging of the two tracks. And then it's gone. The moment has become another moment. The train pulls into the station. Shed no tears for Sheol. It is but a waystation, with passengers ever getting on and getting off. There is no grave, nor heaven, nor human form that can contain the soul itself.

In the life of a hitchhiker, there are few more serene moments than those found on a train. Such blessed moments are made more starkly vivid due to the contrasting chaos that it takes to run, jump and climb on a moving train... a train that doesn't want you there and will gladly eject you. But once on board, it's as if the machine itself welcomes you. You pass thru lands that go unnoticed by most of humanity, winding thru hills and near streams that seem impossibly untouched. Unlike passenger trains, you can actually hear the running water and the nearby animals. You can feel the wind across your face and taste the crispness to the air. Then the sun begins to set. Darkfall approaches.

Laying atop the coal in some boxcar, nighttime on a train is an entirely different creature. There is a mystery and sense of distance. I love the night. The frogs and crickets make up its music while the stars dance above. You never know if you'll have to evacuate ship in the middle of nowhere if caught... and somehow find your way back to land... or jump another train... or what else the night holds. Train cars on rails sound like thunder... their clashing like lightning. There is a great sadness in getting off a train. But you can't stay on. The yard will eat you alive if you even try. All rides must come to an end.

The father of my father's blood was Horus. He was a train engineer and an awesome motherfucker of a storyteller. My love of trains and my gifts as a bard source back to this singular creature. A quarter of his entire basement was filled with a huge model train set: tunnels, towns, bridges, cities, hills, rivers. I didn't know until I began hopping trains just how true-to-form he'd been in his construction, nor how masterfully he'd captured the magic hidden in these lost worlds. Sitting aside my altar is a boxcar from the world he'd put together piece-by-piece. I carry it with me.

When you're out on the road or on a train, you're struck unexpectedly with moments of such intense beauty and fulfillment that it infects you. You want to share it... and then there's no one else there other than the Universe. The beauty is all yours. A gift. A memory so pure that it is instantly tarnished the moment you try to share it. But I've listened to this track on repeat for days on end. It takes me instantly to a train... and I remember... and I think I can finally share that beauty with others. No matter who or what you are: thank you. The journey wouldn't be the same without you.

Somewhere, an elevator has come to a halt. The computer announces that Death has arrived. "A Mister J F Sebastian. 16417." But the Maker does not have the answers.

senko banko hito no tame ni misu
Eternally, without end, it is revealed to mankind.